“The way to right wrongs is to turn the light of truth upon them.”

Below you'll find a collection of books we've compiled from scholars both at UC Berkeley and other institutions on topics related to slavery, race, and other themes of the 400 Year Commemoration. (View more on Page 2) 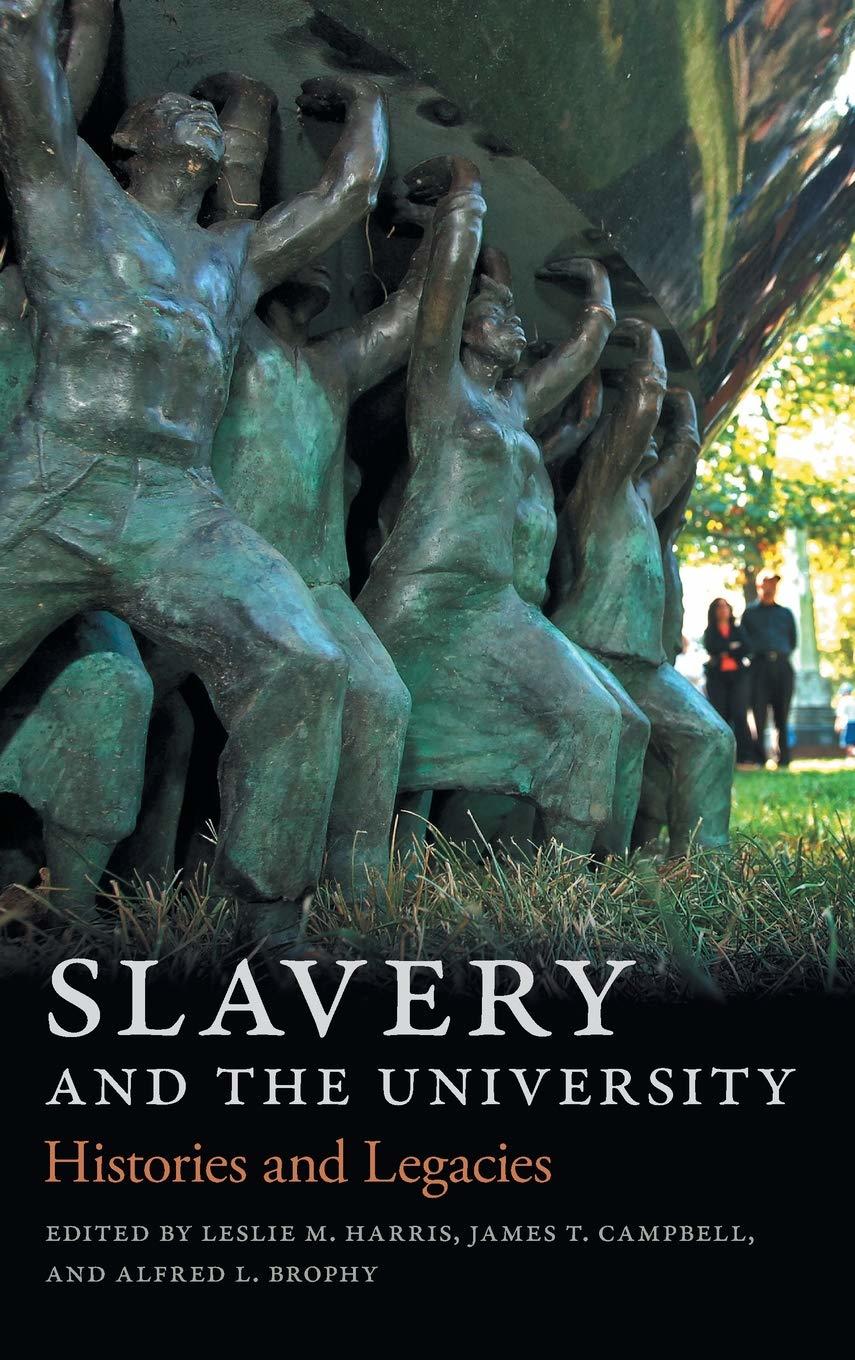 Slavery and the University: Histories and Legacies

Slavery and the University is the first edited collection of scholarly essays devoted solely to the histories and legacies of this subject on North American campuses and in their Atlantic contexts. Gathering together contributions from scholars, activists, and administrators, the volume combines two broad bodies of work: (1) historically based interdisciplinary research on the presence of slavery at higher education institutions in terms of the development of proslavery and antislavery thought and the use of slave labor; and (2) analysis on the ways in which the legacies of slavery in institutions of higher education continued in the post-Civil War era to the present day. 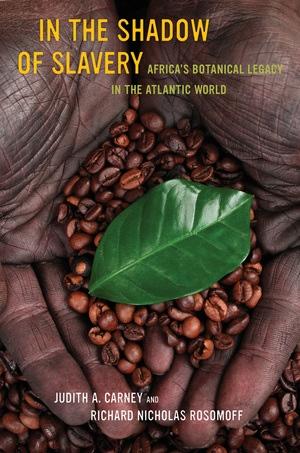 In the Shadow of Slavery: Africa’s Botanical Legacy in the Atlantic World

By Judith Carney, Professor of Geography at UCLA, (University of California Press, 2011)

In the Shadow of Slavery provides a startling new assessment of the Atlantic slave trade and upends conventional wisdom by shifting attention from the crops slaves were forced to produce to the foods they planted for their own nourishment. Many familiar foods—millet, sorghum, coffee, okra, watermelon, and the “Asian” long bean, for example—are native to Africa, while commercial products such as Coca Cola, Worcestershire Sauce, and Palmolive Soap rely on African plants that were brought to the Americas on slave ships as provisions, medicines, cordage, and bedding. 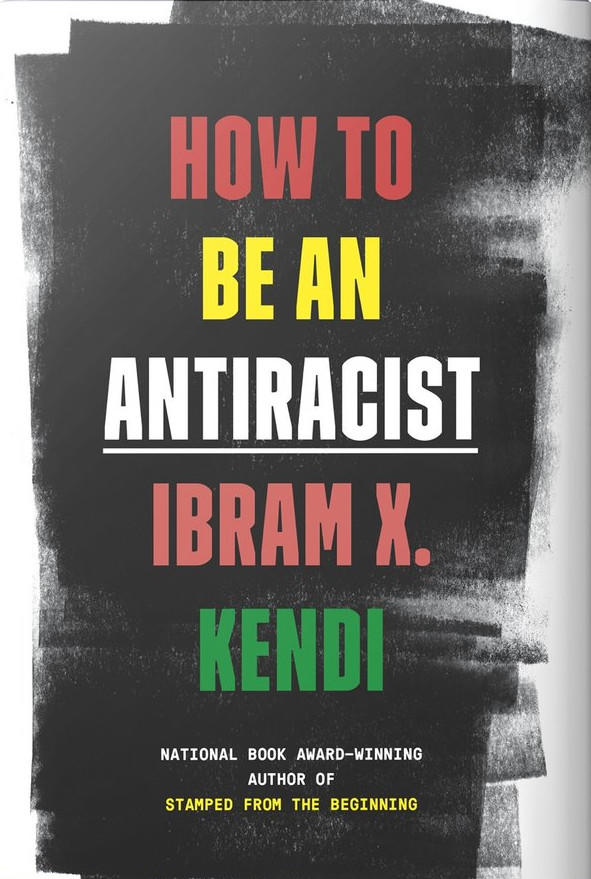 How to Be an Antiracist: A Memoir of My Journey

Back in 2000, countless Americans were imagining their nation as colorblind. Eight years later, countless Americans were imagining their nation as post-racial. The discourse on racism, the recognition of racism seemed to be on the way out as the nation’s first Black president headed into the White House. But then came the racist reaction to President Barack Obama and the police killings of innocent Black people and the defenses and exonerations of those officers and then came the activists that prosecuted them in the court of public opinion with the opening and closing arguments that Black lives matter.

Sexuality and Slavery: Reclaiming Intimate Histories in the Americas

In this groundbreaking collection, editors Daina Ramey Berry and Leslie M. Harris place sexuality at the center of slavery studies in the Americas (the United States, the Caribbean, and South America). While scholars have marginalized or simply overlooked the importance of sexual practices in most mainstream studies of slavery, Berry and Harris argue here that sexual intimacy constituted a core terrain of struggle between slaveholders and the enslaved. 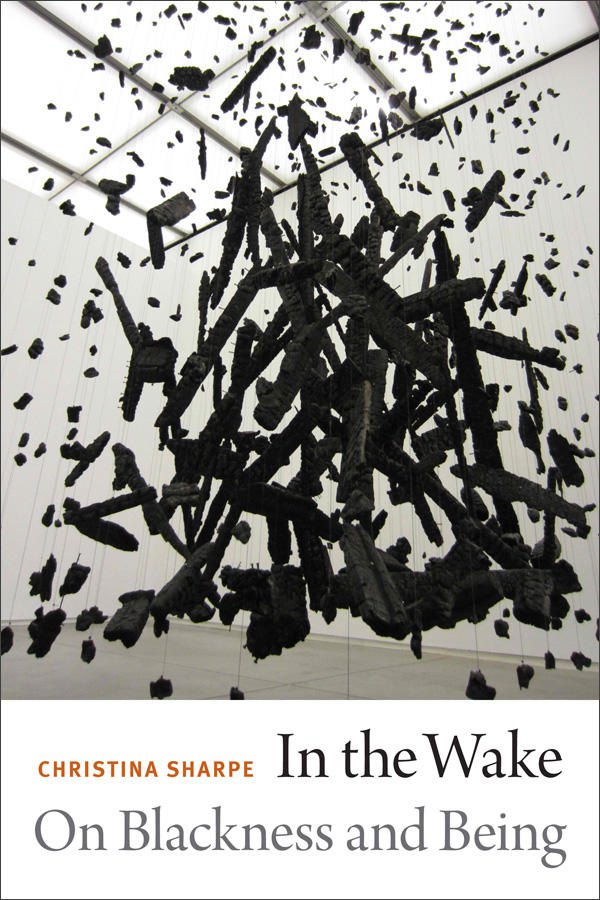 In the Wake: On Blackness and Being

In this original and trenchant work, Christina Sharpe interrogates literary, visual, cinematic, and quotidian representations of Black life that comprise what she calls the "orthography of the wake." Activating multiple registers of "wake"—the path behind a ship, keeping watch with the dead, coming to consciousness—Sharpe illustrates how Black lives are swept up and animated by the afterlives of slavery, and she delineates what survives despite such insistent violence and negation. 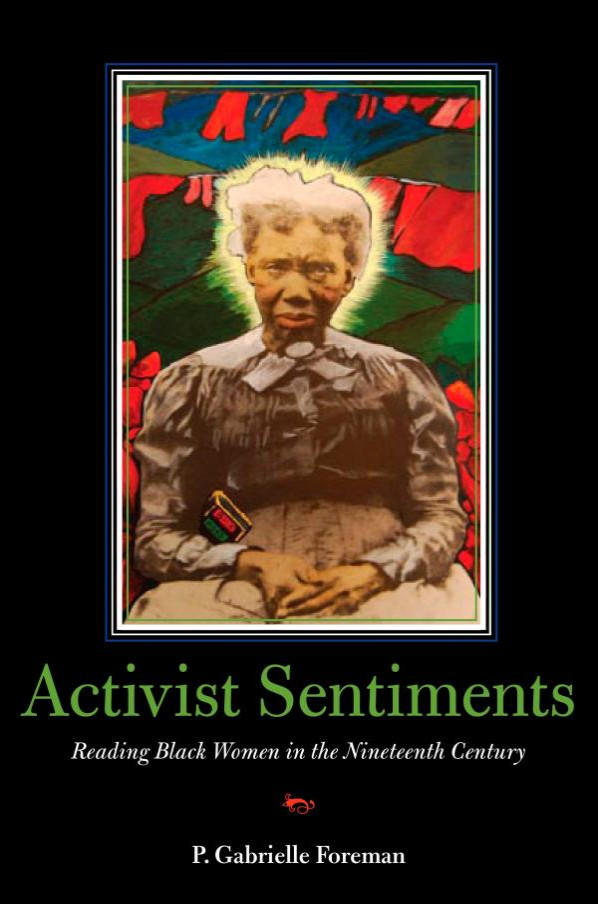 Activist Sentiments takes as its subject women who in fewer than fifty years moved from near literary invisibility to prolific productivity. Grounded in primary research and paying close attention to the historical archive, this book offers against-the-grain readings of the literary and activist work of Harriet Jacobs, Harriet Wilson, Frances E. W. Harper, Victoria Earle Matthews and Amelia E. Johnson. 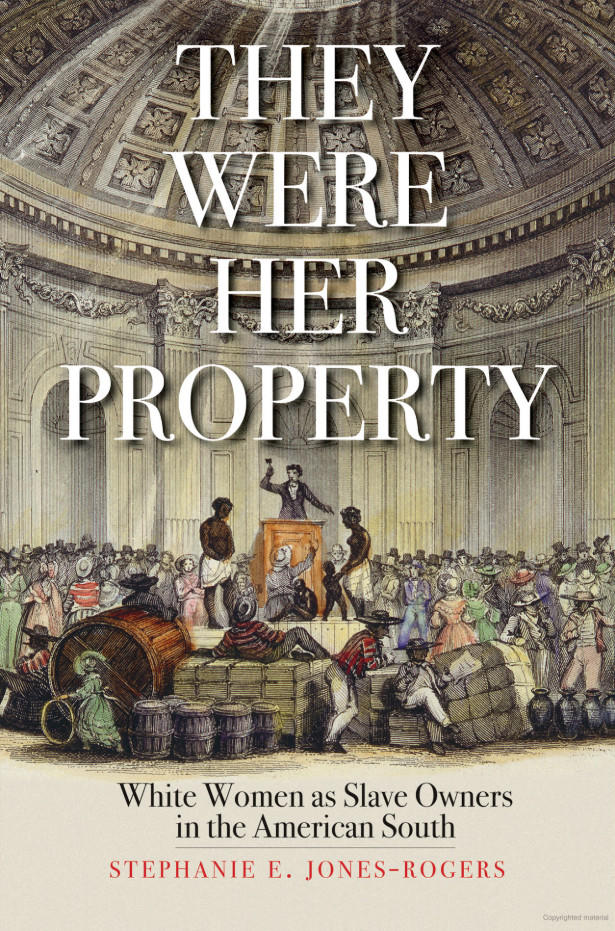 They Were Her Property: White Women as Slave Owners in the American South

They Were Her Property is a regional study that draws upon formerly enslaved people's testimony to dramatically reshape current understandings of white women's economic relationships to slavery. As a whole, this book offers more expansive and differently gendered understandings of American slavery, the trans-regional domestic slave trade, and nineteenth-century slave markets. 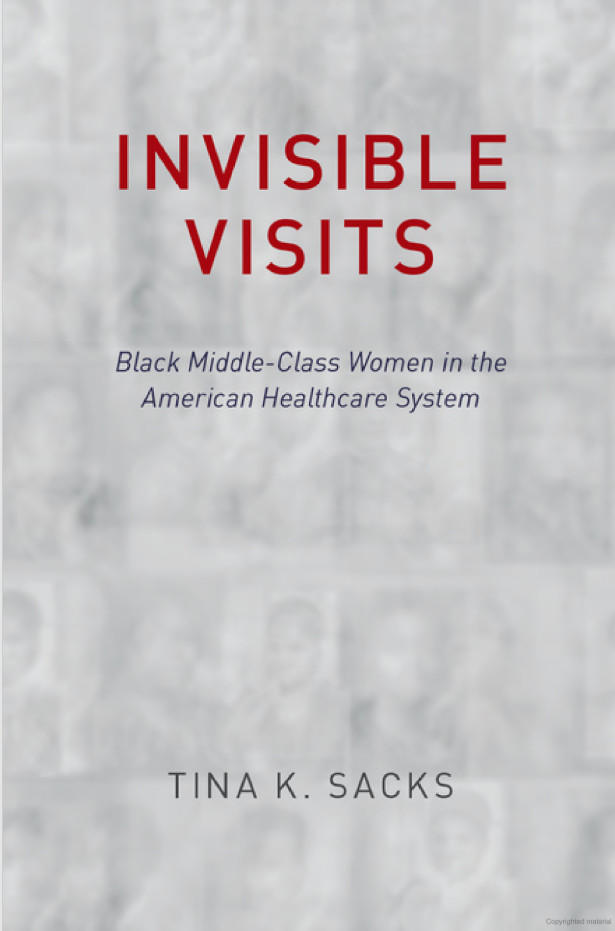 Tina Sack’s most recent book investigates the persistence of racial and gender discrimination in health care settings among racial/ethnic minorities who are not poor. "When you look at inequalities in healthcare, you see a lot of studies tying the problems to race and poverty, but there's not a lot about educated, insured black women who are not poor," Professor Sacks says. "Yet infant mortality rates for black women with a college degree are higher than those for white women with just a high school education. I wanted to dig deeper into the personal experiences behind this disparity." 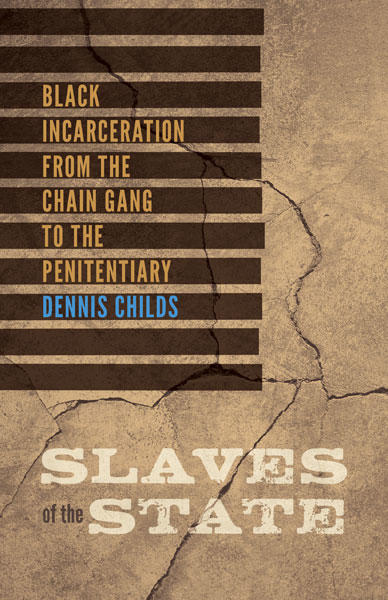 Slaves of the State: Black Incarceration from the Chain Gang to the Penitentiary

In Slaves of the State Dennis Childs argues that the incarceration of black people and other historically repressed groups in chain gangs, peon camps, prison plantations, and penitentiaries represents a ghostly perpetuation of chattel slavery. With more than 2.3 million people in the country’s jails, prisons, and immigrant detention centers, Childs exposes slavery as a continuing social reality of U.S. empire. 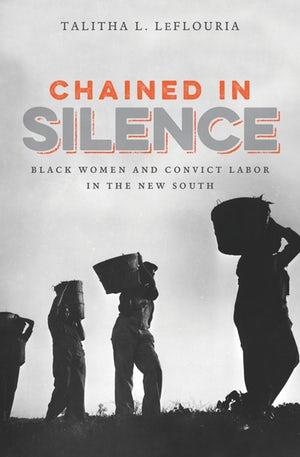 Chained in Silence: Black Women and Convict Labor in the New South

Talitha LeFlouria argues that African American women's presence within the convict lease and chain-gang systems of Georgia helped to modernize the South by creating a new and dynamic set of skills for black women. At the same time, female inmates struggled to resist physical and sexual exploitation and to preserve their human dignity within a hostile climate of terror. This revealing history redefines the social context of black women’s lives and labor in the New South and allows their stories to be told for the first time. 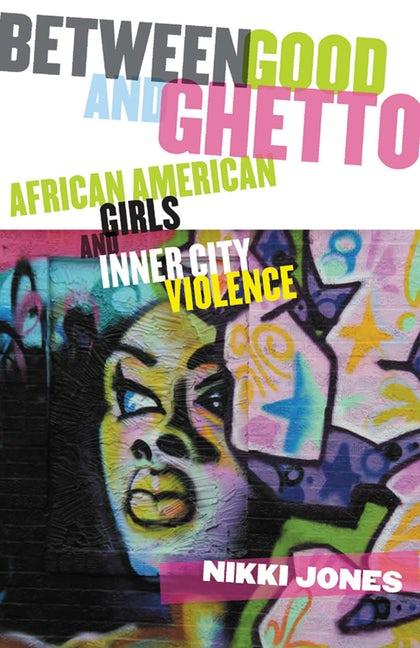 Between Good and Ghetto: African American Girls and Inner-City Violence

Drawing on personal encounters, traditions of urban ethnography, Black feminist thought, gender studies, and feminist criminology, Nikki Jones gives readers a richly descriptive and compassionate account of how African American girls negotiate schools and neighborhoods governed by the so-called "code of the street" form of street justice that governs violence in distressed urban areas. The book encourages others to move African American girls toward the center of discussions of "the crisis" in poor, urban neighborhoods. 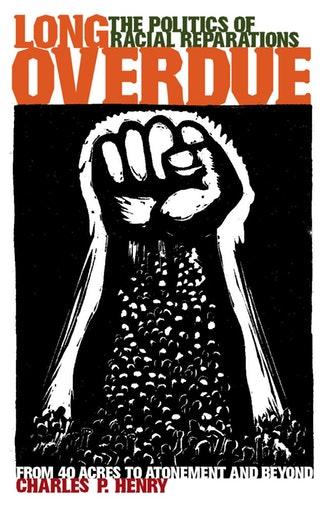 Ever since the unfulfilled promise of “forty acres and a mule,” America has consistently failed to confront the issue of racial injustice. Exploring why America has failed to compensate Black Americans for the wrongs of slavery, Long Overdue provides a history of the racial reparations movement and shows why it is an idea whose time has come. 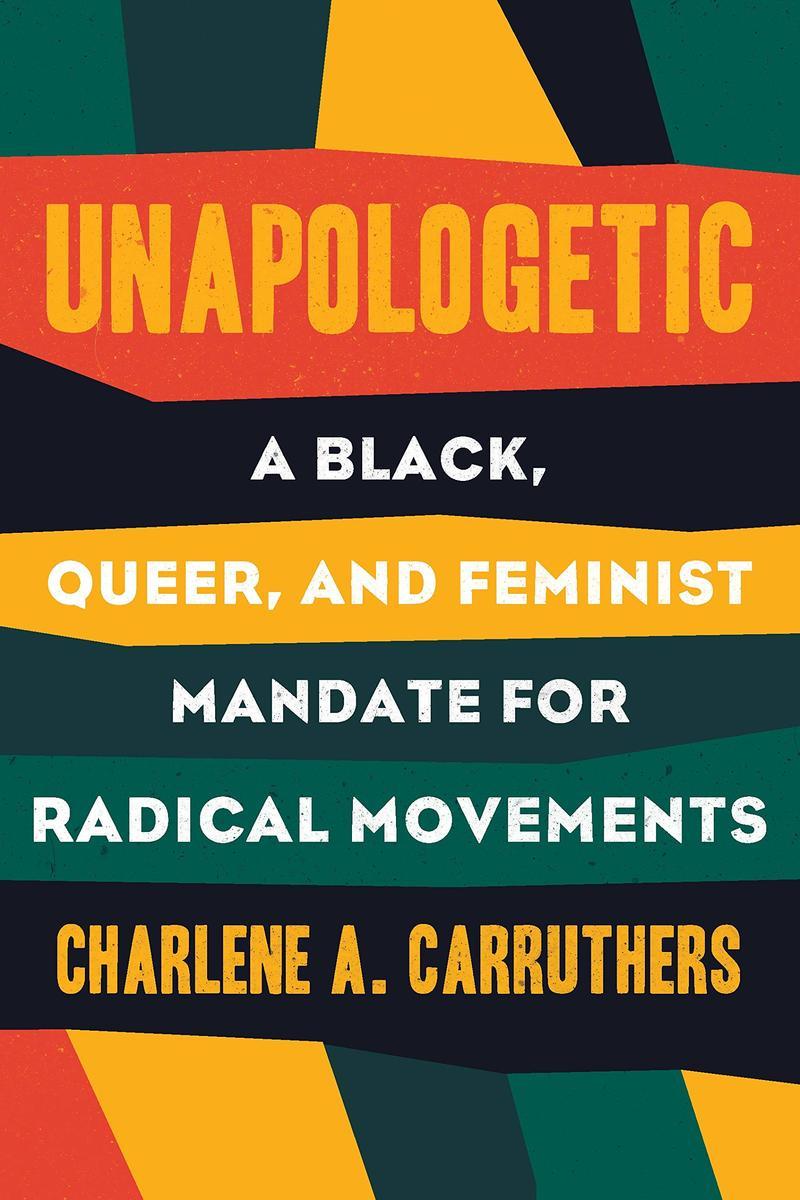 Unapologetic: A Black, Queer and Feminist Mandate for Radical Movements

Drawing on Black intellectual and grassroots organizing traditions, including the Haitian Revolution, the US civil rights movement, and LGBTQ rights and feminist movements, Unapologetic challenges all of us engaged in the social justice struggle to make the movement for Black liberation more radical, more queer, and more feminist. This book provides a vision for how social justice movements can become sharper and more effective through principled struggle, healing justice, and leadership development. 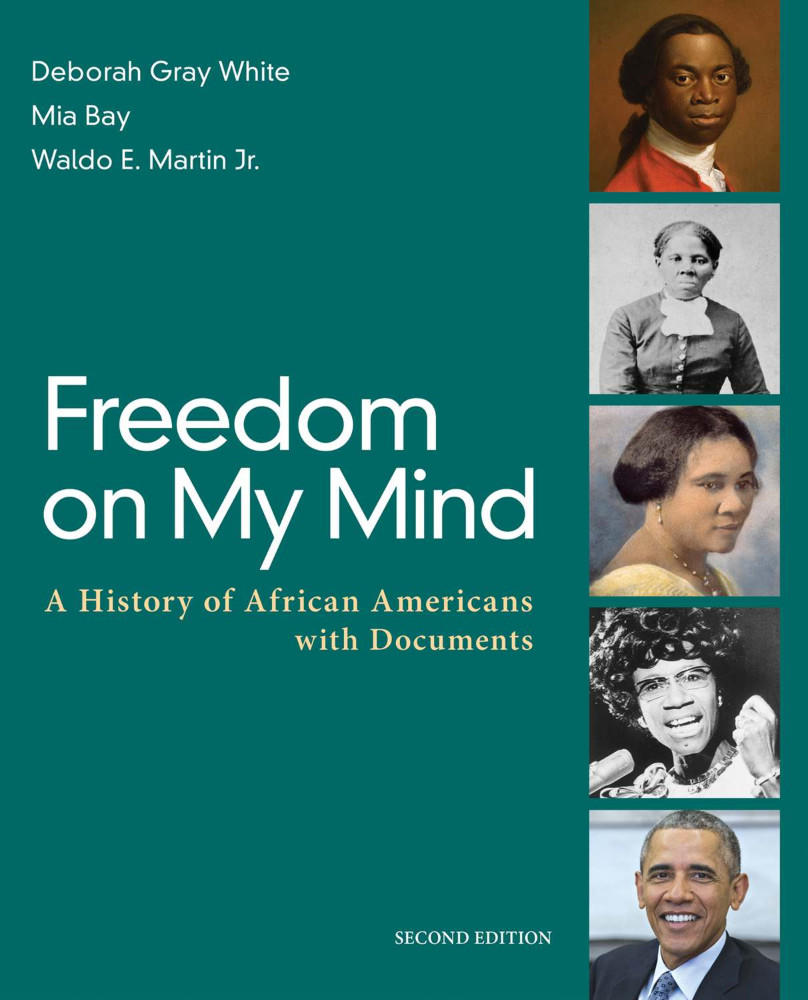 Freedom on My Mind: A History of African Americans with Documents

Award-winning scholars and veteran teachers Deborah Gray White, Mia Bay, and Waldo E. Martin Jr. have collaborated to create a fresh, innovative new African American history textbook that weaves together narrative and a wealth of carefully selected primary sources. The narrative focuses on the diversity of black experience, on culture, and on the impact of African Americans on the nation as a whole. 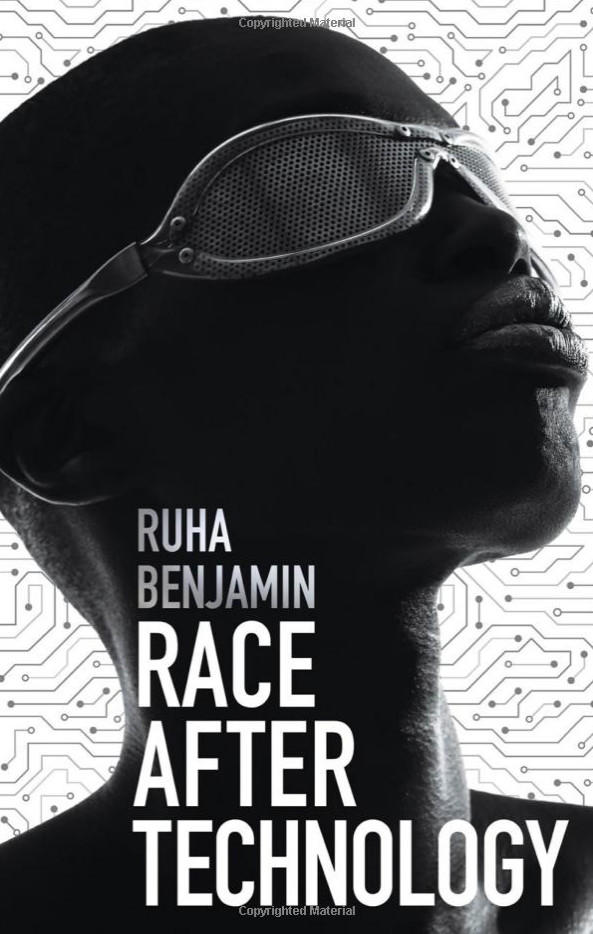 Race After Technology: Abolitionist Tools for the New Jim Code

From everyday apps to complex algorithms, Ruha Benjamin cuts through tech-industry hype to understand how emerging technologies can reinforce White supremacy and deepen social inequity. Benjamin argues that automation, far from being a sinister story of racist programmers scheming on the dark web, has the potential to hide, speed up, and deepen discrimination while appearing neutral and even benevolent when compared to the racism of a previous era. 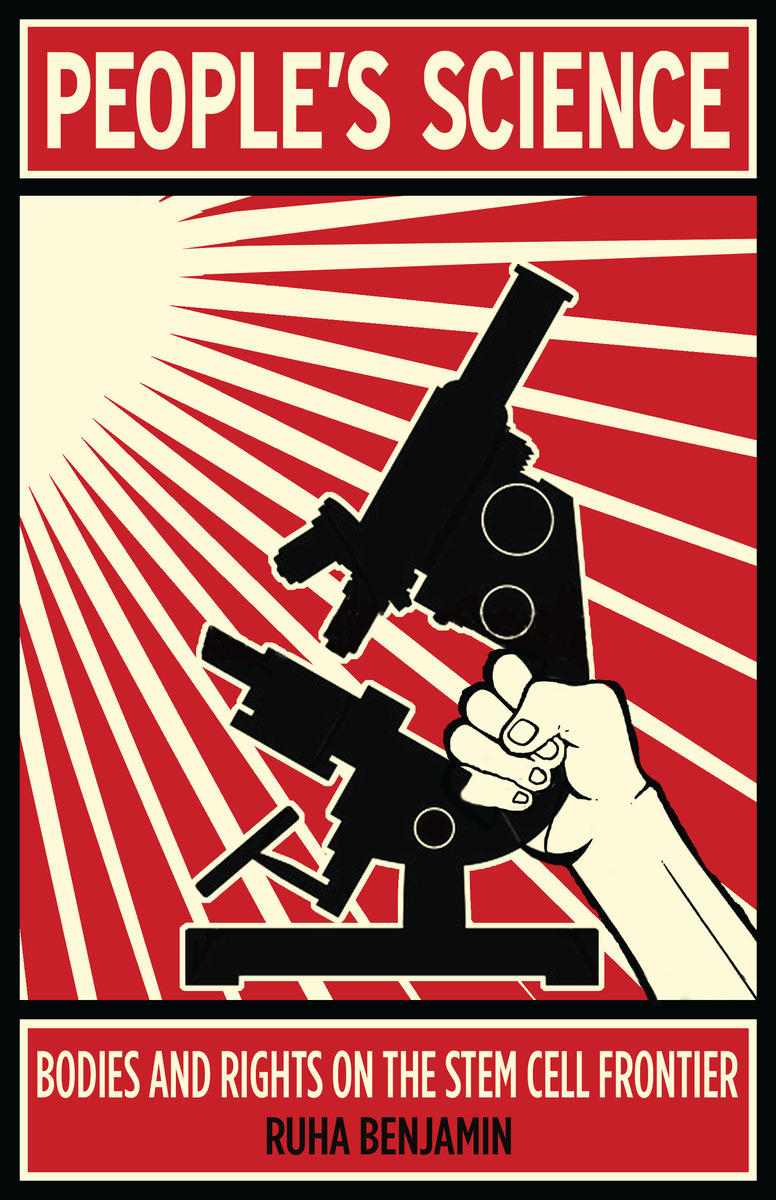 People’s Science: Bodies and Rights on the Stem Cell Frontier

People's Science uncovers the tension between scientific innovation and social equality, taking the reader inside California's 2004 stem cell initiative, the first of many state referenda on scientific research, to consider the lives it has affected. Benjamin reveals the promise and peril of public participation in science, illuminating issues of race, disability, gender, and socio-economic class that serve to define certain groups as more or less deserving in their political aims and biomedical hopes.