Oct. 10: Film - The Barber of Birmingham: Foot Soldier of the Civil Rights Movement 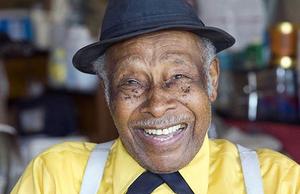 Free Outdoor Screening: Inequality for All

The Barber of Birmingham: Foot Soldier of the Civil Rights Movement

This Oscar-nominated short follows an eighty-five-year-old African American veteran of the Civil Rights Movement as Barack Obama is elected president.

In this still timely and entertaining documentary, noted economic policy expert and UC Berkeley professor Robert Reich takes on the enormous question of what has been happening to the American economy. He distills the story through the lens of widening income inequality—currently at historic highs—and explores what effects this increasing gap has not only on the economy but on our democracy itself. “Smart, funny and articulate, Robert Reich is the university professor we all wish we’d had” (Kenneth Turan, Los Angeles Times). Winner, U.S. Documentary Special Jury Award for Achievement in Filmmaking, 2013 Sundance Film Festival.