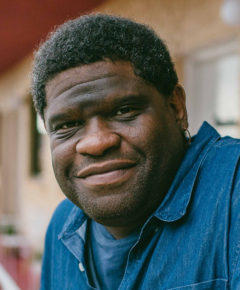 Talk Title: Weaponizing Narratives: Why America Wants Gun Control But Doesn’t Have It

If having a gun really made you safer, then America would be one of the safest countries in the world. It’s not. Yet while Americans consistently favor more gun control, gun laws have generally become more lax. That is partly due to the material resources of the gun lobby. But it is also about the central role of the gun, what it represents in the American narrative, and the inability of gun control advocates to develop; a counter-narrative.

In spring 2020, Younge will begin as Professor of Sociology at Manchester University. He was until recently the editor-at-large of The Guardian.

Younge has written five books. His most recent, Another Day in the Death of America: A Chronicle of Ten Short Lives (2016), is about all the children and teens shot dead in one day in the United States, which won Columbia University’s Anthony J. Lukas Prize. His other books include: The Speech: The Story Behind Martin Luther King’s Dream (2013), Who Are We – And Should it Matter in the 21st Century? (2011), Stranger in a Strange Land: Travels in the Disunited States (2006), and No Place Like Home: A Black Briton’s Journey Through the Deep South (2002).

In addition to his award-winning books, Younge also writes a monthly column, “Beneath the Radar” for The Nation magazine and is the Alfred Knobler Fellow at the Type Media Center. He wrote Beyond the Blade, an 18-month series about knife crime in Britain for The Guardian, for which he won feature writer of the year from the UK Society of Editors Press Awards and Feature of the Year from the Amnesty Media Awards.