This talk is part of the Othering & Belonging Institute's Research to Impact Series. It is supported by the Institute's Health Disparities Cluster

In her talk, historian Deirdre Cooper Owens reveals the United States' genealogical origins regarding not only modern gynecology but also the history of reproductive medicine. She explains how the institution of American slavery was directly linked to the creation of reproductive medicine in the U.S. Dr. Cooper Owens provides context for how and why physicians denied black women their full humanity, yet valued them as “medical superbodies” highly suited for experimentation. Engaging with 19th-century ideas about so-called racial difference, Dr. Cooper Owens sheds light on the contemporary legacy of medical racism. 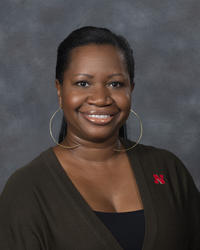 Deirdre Cooper Owens is The Charles and Linda Wilson Professor in the History of Medicine and Director of the Humanities in Medicine program at the University of Nebraska–Lincoln. She is also an Organization of American Historians’ (OAH) Distinguished Lecturer. A popular public speaker, she has published essays, book chapters, and blog pieces on a number of issues that concern African American experiences. Her first book, Medical Bondage: Race, Gender and the Origins of American Gynecology (UGA Press, 2017) won the 2018 Darlene Clark Hine Book Award from the OAH as the best book written in African American women’s and gender history.

Professor Cooper Owens is also the Director of the Program in African American History at the Library Company of Philadelphia, the country’s oldest cultural institution. Currently, she is working on a second book project that examines mental illness during the era of United States slavery and is also writing a popular biography of Harriet Tubman that examines her through the lens of disability. She primarily teaches classes on the history of medicine.