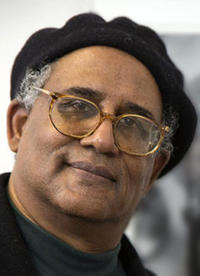 Waldo Martin, the Alexander F. & May T. Morrison Professor of American History & Citizenship, at the University of California, Berkeley, is a prolific writer. He is the author of No Coward Soldiers: Black Cultural Politics in Postwar America (2005), as well as Brown v. Board of Education: A Short History With Documents (1998) and The Mind of Frederick Douglass (1985). He is a coauthor, with Mia Bay and Deborah Gray White, of Freedom on My Mind: A History of African Americans, With Documents (2012) and, with Joshua Bloom, of Black Against Empire: The History and Politics of the Black Panther Party (2013). With Patricia A. Sullivan, he coedited Civil Rights in the United States: An Encyclopedia (2000). Aspects of the modern African American freedom struggle and the history of modern social movements unite his current research and writing interests. He is currently completing “A Change is Gonna Come: The Cultural Politics of the Black Freedom Struggle and the Making of Modern America.”