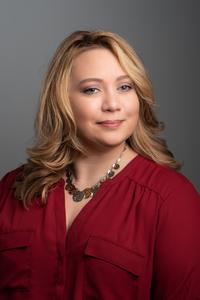 Enslaved people developed numerous strategies for survival and resistance. Many factors influenced those strategies such as geography, labor, family, community, and gender. This talk emphasizes how disability, too, played an important, subtle, and long overlooked role in this struggle. Disability intersected with resistance in obvious ways when enslaved people feigned disability to escape bondage and to avoid forced labor or engaged in self-sabotage of their body to render themselves “worthless” and unsellable so they could remain with their loved ones. Resistance also, however, included simply surviving. Because they were devalued and dismissed in the eyes of slaveholders, slaves with disabilities were often positioned to provide important labor, continuity, and social cohesion to their vulnerable communities. Some enslaved people’s disabilities—particularly those who were elderly or healers—signified spiritual power and garnered respect from within and outside of their communities, even among slaveholding whites who left them to their own devices. Nondisabled slaves also often identified with their disabled counterparts in ways that aligned with and added to a broader sense of solidarity. As Mary Prince once explained about Daniel, a “lame” man enslaved alongside her who was often beaten because he could not keep up, she and the rest of their small community “saw in him each of us” and their shared vulnerability as slaves.

Jenifer L. Barclay is currently an Assistant Professor in the Department of History at the University at Buffalo (SUNY) and, from 2013-2019, held the same rank at Washington State University in the Department of Critical Culture, Gender, and Race Studies. She received her Ph.D. in history (2011) from Michigan State University and her work has been supported by a pre-doctoral fellowship at the University of Virginia’s Carter G. Woodson Institute for African American and African Studies (2009–2011) and a postdoctoral fellowship in African American Studies at Case Western Reserve University (2011-12).

Barclay is an associate editor for Review of Disability Studies: An International Journal, and her current book project, The Mark of Slavery: The Stigma of Disability, Race, and Gender in Antebellum America, deals with the lived experiences of enslaved people with disabilities as well as the metaphorical, ontological links that antebellum Americans forged between race, gender, and disability as a way to shore up tenuous racial categories and shifting gender relations in the turbulent decades leading up to the Civil War. Her book will appear in the University of Illinois Press’s cutting-edge book series “Disability Histories” in 2020. Barclay has also published several articles and book chapters in journals and collections such as Slavery & Abolition; Women, Gender, and Families of Color; and The Oxford Handbook on Disability History.